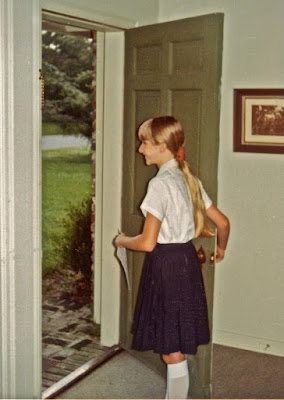 That's me, headed out for seventh grade.
(The original Instagram!)

For back-to-school dressing in seventh and eighth grade at Our Lady of Mercy School in Baton Rouge, there was only one decision I had to make; should I get two-tone brown oxfords or black and white oxfords? The rest of my uniform was decided for me. It was a dark navy wool pleated skirt, a white short sleeve polyester and cotton blouse and white knee socks. That was it for style, except on Holy Days we jazzed ourselves up with a navy clip-on bow tie and a navy wide wool headband with the school emblem. It was not much different for the boys; their uniform was a similar short-sleeve white shirt but with drab grey pants and black belt. This uniform made them all look like little janitors.

The girls' uniforms were punishing in the way they looked and felt. They were not cute. And at the ages of twelve and thirteen, we wanted to be cute. They made us all look shorter and wider, which is never desirable, especially for us pre-teens when we were already self-conscious about our bodies changing. And the way the wool felt! I'm talking 90 degree hot, humid Louisiana weather in a classroom with no air conditioning.

There was no latitude for personal expression. No accessories were allowed, not even purses. I was never clear on the reason why. Was it because with a purse we could carry contraband? But this was before the thought of any type of drug or cigarette crossed our minds. Or was it because we would've been able to carry makeup and a mirror? Heaven forbid that we would make ourselves more attractive by using Bonne Bell Strawberry Lip Smacker. The no purse law and the fact that we had no pockets was a personal trial and a stressful challenge especially once a month. We were told we could get supplies from the principal, Sister Virginia. Sure! As if I was going to make myself more conspicuous by asking Sister Ruth for permission to leave the class, walk to the principals office and ask the principal for a Kotex. That would've been confronting two nuns too many. So us girls had to be clever in how we smuggled in what we needed for the day.


Sister Ruth, our teacher and enforcer, monitored our every move and gave me the feeling she knew my thoughts too. We had the classic Catholic school rule: your skirt had to touch the floor when you knelt and if not, you were sent home. I don't remember having to kneel down to prove that my skirt was long enough, but she did take me out to the hall once to tell me that when I sat down at my desk, I was pulling my skirt up too high and showing a few inches of thigh and there were boys in the room! No salacious intent or flirtation on my part; I think I was just trying to cool off in the stifling room.

We did rebel against this draconian dreariness when we weren't in the classroom; as soon as we were on the playground or the school bus, we would roll the waist of our skirts to shorten them. Our skirts would be a few inches shorter, but then we'd have a big roll of wool around our waists. Our efforts to look cute were defeated at every turn.

In spite of this early fashion trauma, I like the idea of a school uniform. I like the tailored neatness of them. And I like that all the wearers start from the same place, as competitive dressing can be an extreme sport.

And things have loosened up, I just found Our Lady of Mercy School on French Toast, a school uniform site. White oxford shirts and navy sweaters are still required, but now the girls have a choice of pants, shorts, skorts or jumpers. Sister Ruth would flip her wimple, but at least there's more room for personal choice. I bet they can carry purses too. 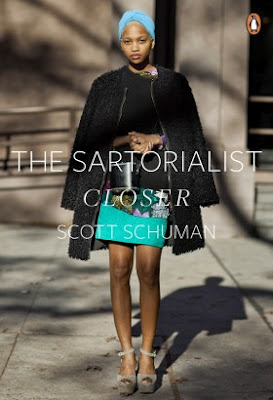 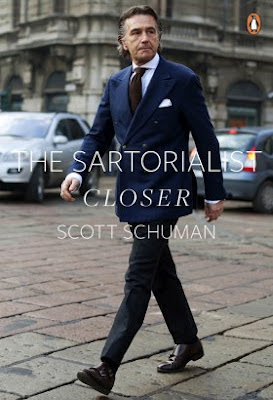 One of the blogs that I go to nearly everyday for style inspiration is Scott Schuman's "The Sartorialist". The people he photographs are varying combinations of elegant, quirky, creative, imaginative, sexy, chic or trendy and all have a high personal style quotient because of the colors, textures, accessories, combination of items or perfect tailoring they choose to wear. They put thought into what they wear without looking like it. Let's call it High PSQ.

He recently had a contest and I was so enraptured by the winning woman's contribution that I want to share it with you. When you read it, you'll see what caught my attention and my heart. The writer beautifully tells a short and rich story about her mother and a meaningful dress. Since my first post on Bien Vestido was a story about my grandmother's coat which was followed by a story on my mother's cocktail dress, I felt a connection with the writer, Daria.

The comments are lovely too. Lots of readers were touched by her heartfelt tale.

Her prize is the new book by Scott Schuman, The Sartorialist: Closer, to be released on August 29. I love that you can choose between a woman's cover or a man's cover. I know what my next book purchase will be!
Posted by Bien Vestido at 7:34 AM 2 comments:

Speaking of the 70's: Ultrasuede! 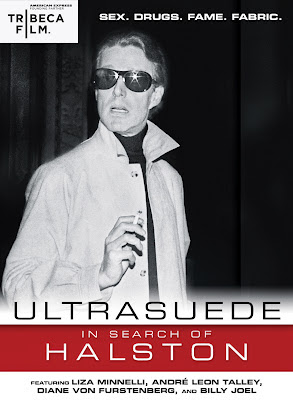 The 70's are mostly remembered for fashion excesses like loud polyester prints and clunky men's platform shoes with goldfish swimming in the heels. But the prevailing style in the early to mid-70's was a sleek, elegant minimalist chic, and this was because of Halston. In 1968 he opened a studio in NYC designing simple, elegant garments that suited the lifestyle of the new, independent American woman. He created luxurious casual cashmere dresses, chic pantsuits and long bias cut hammered satin or jersey dresses that fluidly draped the body with a celebrity following that included Liza Minnelli, Liz Taylor, Lauren Bacall and Bianca Jagger.

They all make an appearance along with the New York City glitz of Studio 54, Andre Leon Talley, Diane Von Furstenberg and the disco cocktail of sex, coke, quaaludes and Long Island Ice Tea in the documentary Ultrasuede: In Search of Halston, a recent DVD release.

Matt and I just watched this documentary and as much as I enjoyed getting a peek into the disco-beat glamourous world of Halston, I was equally frustrated by the intrusiveness of producer, writer and director Whitney Sudler-Smith. His interest in Halston seems to be only part of the reason he made the film. The bigger part seems to be his attempt to live a 70's fantasy of driving a roaring Firebird Trans Am ( a la Smokey and the Bandit) with a confederate flag license plate frame, wearing foppish suits, shiny over-sized aviator glasses and weirdly changing his hairstyle, color and facial hair from scene to scene. So be warned. But the film is worth watching to hear the participants tell their side of the story, to appreciate what a movie star handsome and suave man Halston was and to learn about his style, vision and talent.

Roy Halston, born in 1932, was originally a milliner and began designing for celebrities early on in his career. While designing at Bergdorf Goodman, he created the pillbox hat Jackie Kennedy wore at John Kennedy's presidential inauguration. By the early 70's he had his own studio and was creating designs with casual practical elegance. One of his biggest successes was the shirtwaist dress made of the then new fabric Ultrasuede, a washable imitation suede. It's still probably one of the biggest selling dresses of all time.


Sudler-Smith visits Lipscomb University, a Christian school with daily bible classes in Nashville where the Halston archives are kept. I was disturbed to see that the archives was basically a storage closet filled with cardboard boxes of drawings, scrapbooks, portfolios, binders and photos. Not organized or displayed at all! I called the fashion department there and was told that they do have some of the clothing but they are housed off-campus in a climate controlled environment. Halston's drawings, photographs and memorabilia ended up in this oddest of places when cosmetics company Borghese bought Halston and the owner, Georgette Mosbacher, gave everything to Lipscomb U because the school is near where her mother lived.  Oh! What I would give to have a week in that closet sorting through those boxes!

It's enthralling to hear pals speak of Halston with affection and admiration. Liza Minnelli considered him her best friend. Designer Ralph Rucci worked as Halston's assistant and he expounds on Halston's uncanny ability to throw satin on the floor, slice into it with scissors, visualize three-dimensionally and create a dress with no seams. Rucci says, "This man has a body of work that is undeniably untouchable." Photographer Chris Makos is a great showman to watch. And Pat Cleveland speaks of her time with Halston with love and dignity.

But as quickly as Halston rose, his power began to diminish with unwise business deals and drug addiction. In 1973 Halston sold his name to Norton Simon Industries. They put the Halston name on everything from luggage to carpeting. Norton Simon worked out a deal with J.C. Penney which was a failure. The masses weren't interested and his rich customers didn't like the association. Tragically, in 1990 he died of AIDS at the age of 57 in a San Francisco hospital. 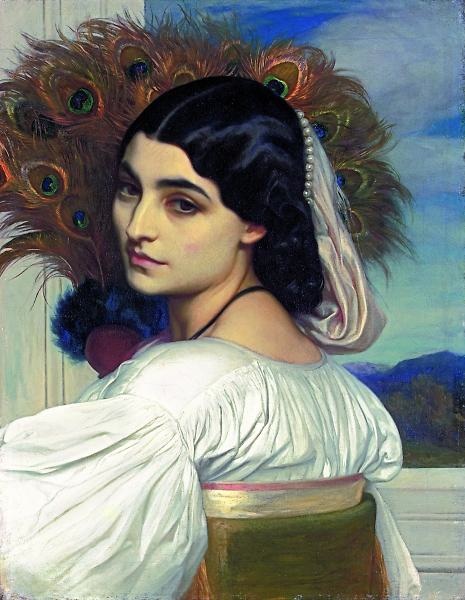